More than a hundred of participants joined the 5thCentral & Eastern Europe Nuclear industry Congress in Prague on January 28thand 29th.  The organizer positioned the event to “Grasp new opportunities throughout the entire nuclear power plant life cycle in the CEE Region”.

36 speakers representing Czech Republic, Romania, Lithuania, Poland, Slovakia, Bulgaria, Hungary, Ukraine and followed by Finland and Sweden indicated that we were at the right place. The forum split in two markets: new built and decommissioning. On the paper, this was a recipe for a successful 13 hours event. 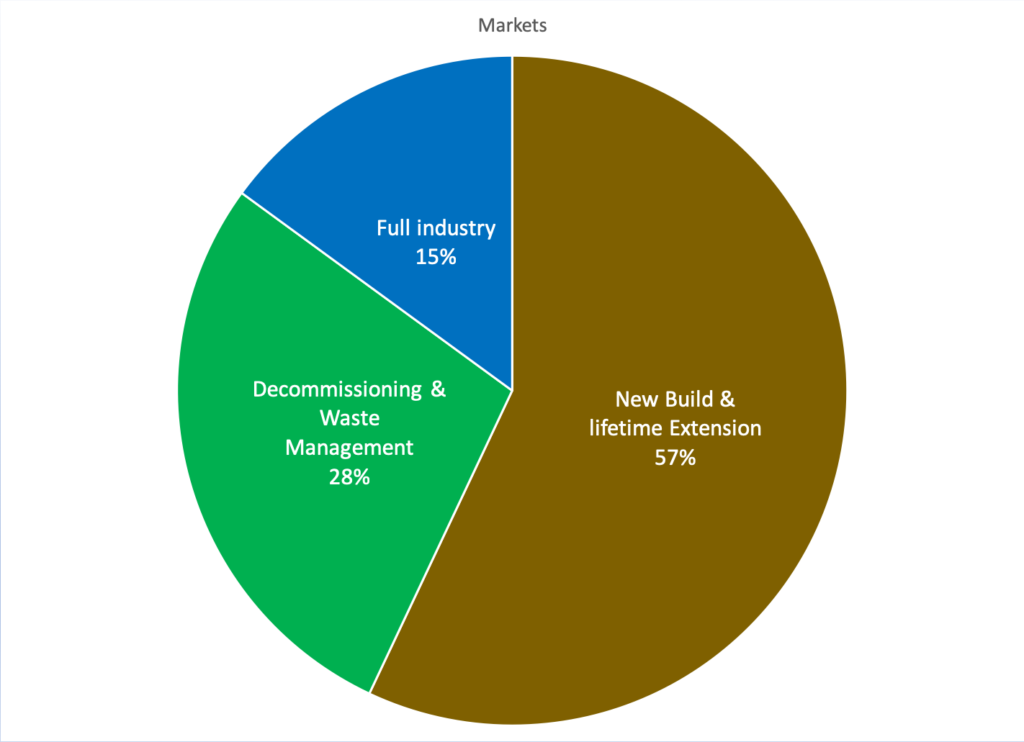 Above: interest of the participants at the congress

The event involved twenty-five countries including ten from Eastern and Central Europe, eight from Western and Northern Europe, North America (USA), one from the Middle East (Ducab from the UAE), three Asian (China, Japan, Korea and by extension the Australian WorleyParsons) and Uzbekistan. Most of the participants were involved in new built and lifetime extension activities as per the data gathered from the registration board. Russia, Belarus and Slovenia did not send any attendee. 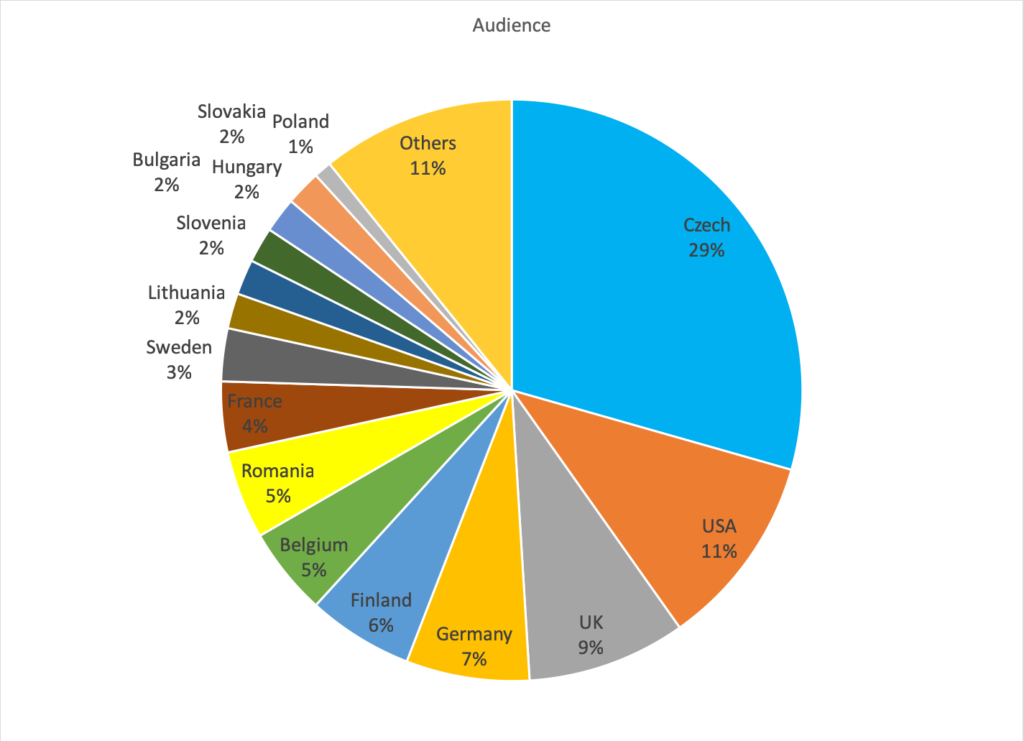 Above: Audience by Countries

Unfortunately, from the beginning, the event was a mixture of speeches, several from the regulators, government agencies, associations and infomercial from companies, from the UAE, China, Germany, USA, UK, Sweden, Slovakia and Finland. A cluster of orators updated the status of the new projects, in particular in Romania, Slovakia, Finland and Czech Republic. For some speeches, only 3-4 questions were asked, mostly from the same representative of UJV, the regulator in Ukraine, a German expert in climate change and a couple of medias.

The audience even had to watch an unexpected infomercial from the Nuclear Economics Consulting Group. At the end of the first day, there was not so many opportunities to grasp for the participants. These participants mismatched with the speakers. Most of the attendees originated from the industry since that was a “Nuclear Industry Congress”. 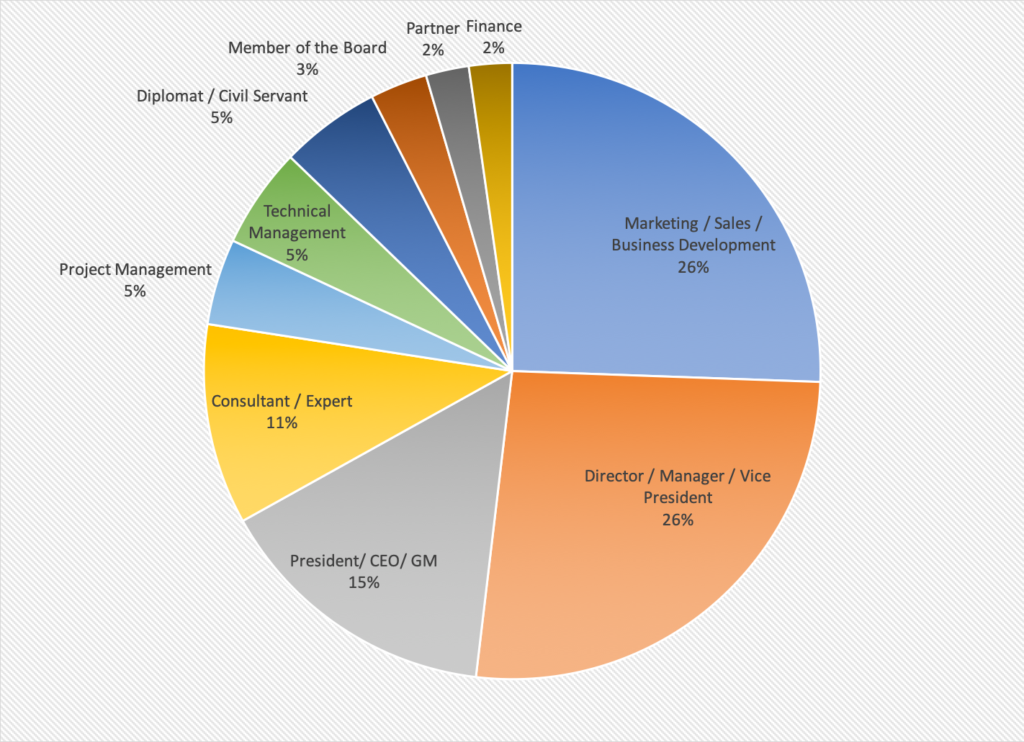 Above: Profile of the attendees

But none of the speakers came from the reactor vendors. Neither Rosatom, CGN, Westinghouse, Framatome, EDF and KHNP spoke during the event to explain their action, their challenges and their expectations with the local industry. There were no meetings organized with procurement departments or engineering companies, and finally the attendees could not have access to the list of all participants.

When the audience was asking questions about new projects, such as Cernavoda, we heard that Romania was at the final stages of the negotiation with China. When CEZ  is talking about  new built at Temelin and Dukovany, this is mostly about how the government is non-responsive and the threat to the competitiveness of the Czech industry. When we listen to the presentation of Mochovce NPP project, this is about the completion not any future needs. When asking about Poland new built, there is vagueness about government action.

Most of the speeches dealt with the role of nuclear power in the global energy mix, its perspective, the safety expectations, the innovation for production, the licensing approach, and the role of government in nuclear power.  Same issue for decommissioning, the audience had to listen to the concept of decommissioning, the progress and challenges, and the status of radioactive waste in Romania, Ukraine, Finland, Hungary and Czech Republic. The speeches were given mostly by the nuclear safety authority and government agencies.

Quid of the industrial development, the partnerships, the joint ventures, the localization, the procurement, the tenders and the manufacturing capabilities and the present and future needs? That was not taken in consideration.

The largest share of representatives (40%) were equipment vendors and service providers, from manager to president level (89%). This means the audience took very seriously the label “Nuclear Industry Congress”. 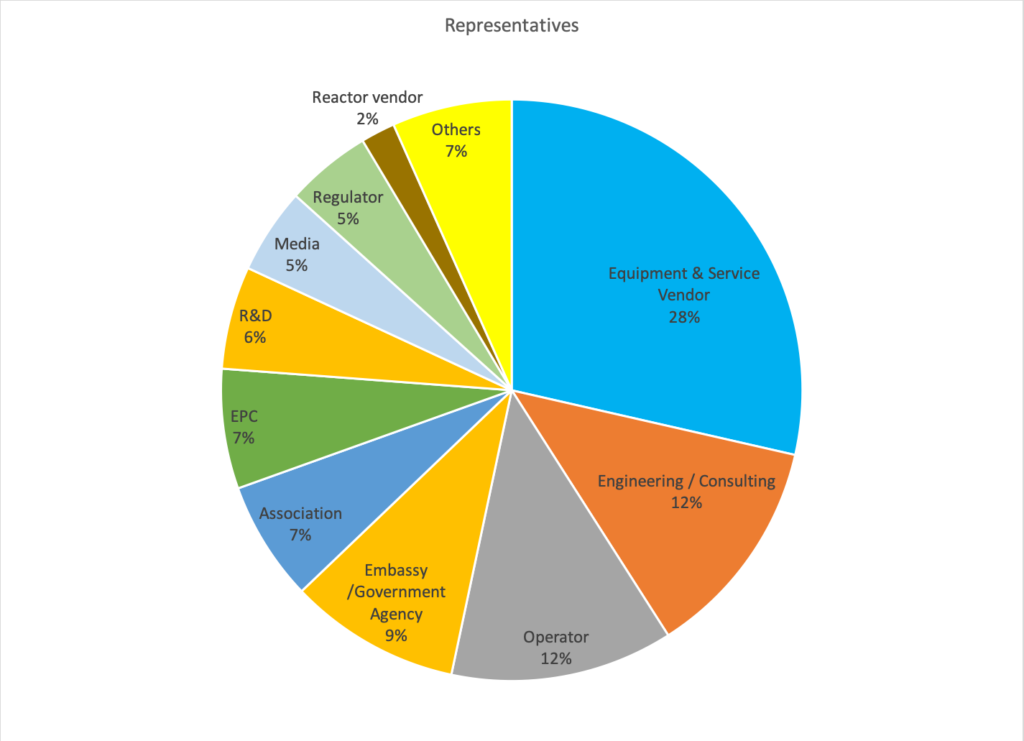 Above: Profile of the entities represented

But the content of the speeches diverged from the expectations of the participants. Looking at the list of all speeches delivered, the audience grasped infomercials, outlines of the market and government reports. 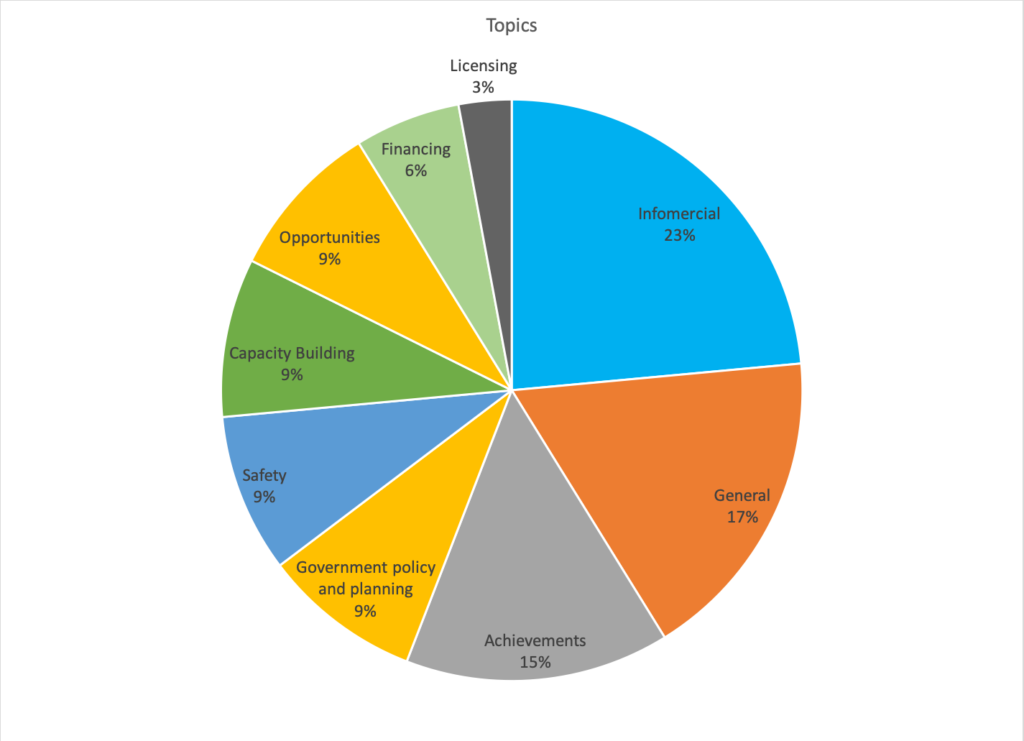 Above: Topics per subject

SZW created a regional event, marketed mostly to foreign manufacturers and service providers. The event intended to provide opportunities throughout the entire nuclear power plant life cycle, but it switched to a patchwork of infomercials, government reporting generalities, planning and achievements.

The logistic, location, and amenities were well organized, such as the time for networking, but the outcomes need to be improved.